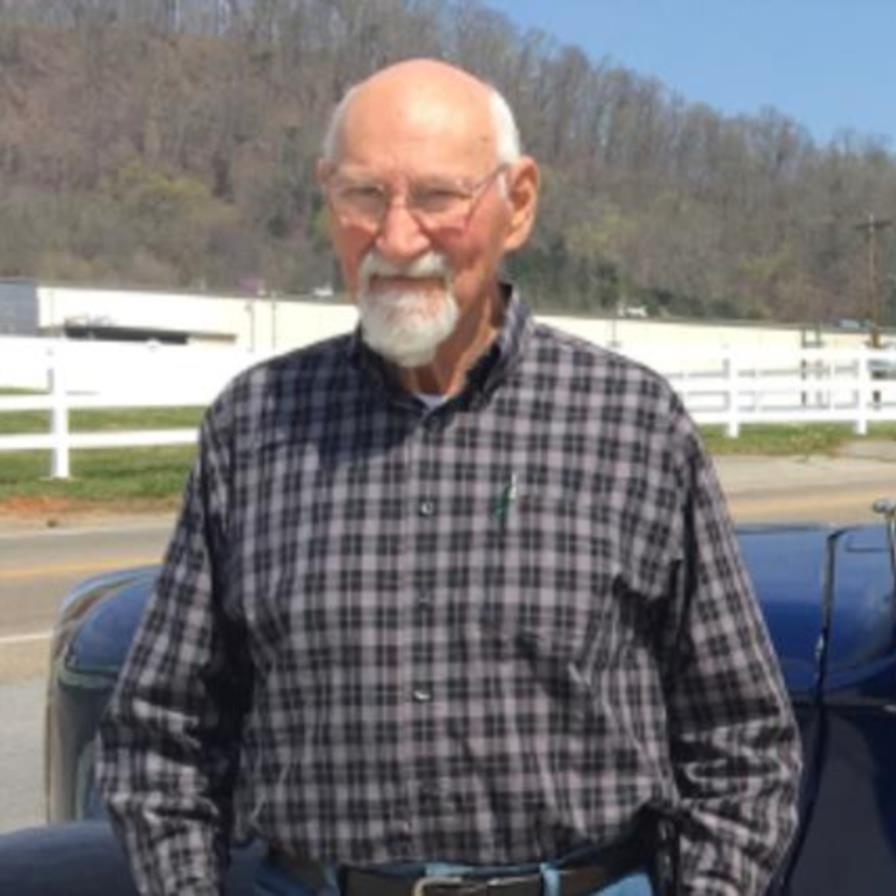 William Garciel Roy of Knoxville, Tennessee went home to be with the Lord on Saturday, November 14, 2020. Born May 15, 1933 in Irvin's Store, Kentucky, he was known as "Bill" to those who knew and loved him. Bill grew up in rual Kentucky then in Illinois working on neighboring farms when he was young. He enjoyed telling stories about the adventures he would get into with his brother Don and cousins that lived nearby. It was always so entertaining to see him tell the story as though it happened yesterday--he often laughed at his own stories--it was endearing. Graduating from Stephen Decatur High School, he then went on to join the U.S. Air Force and served in France for four years driving a school bus and various dignitaries during his time in the service--even driving the Rev. Billy Graham in the early days of his crusades in Europe. Upon returning from overseas, he married Charlene (McNeely) Roy and they had two daughters, Julie Diane (Roy) Barr and Jodi Lynn (Roy) Smith. Bill and Charlene were married for 46 years until Charlene's passing from cancer in 2003. Bill was employed for over 35 years by General Transfer Trucking company in Decatur, Illinois, first as a driver for 20 years, then retired as the Safety & Hiring Manager for the company. He loved his work and always enjoyed driving anything with wheels! In later years, he and wife Sylvia would spend time restoring their 1931 Hutmobile and would also ride a Honda motorcycle joining "Road Riders for Jesus" motorcycle group where Bill would serve as chaplain. Camping and travel was another beloved pastime. The most important aspect of Bill's life was his close and personal walk with the Lord. Over the years he taught boys Sunday school, drove church buses, helped those in need and lived a life that exemplified what he believed. He enjoyed listening to gospel music and attending gospel concerts. He married Sylvia (Glafenhein) Roy in June 2003 and became an instant grandpa known lovingly as "Papa Bill." As the years passed, he also became a great-grandpa to 10 children! Sylvia and Bill had a lifetime of wondeful experiences traveling, spending time with family and building a beautiful life together. Bill is survived by his loving wife, Sylvia Joy Roy; daughter, Julie Diane (Roy) Barr and John Barr of Carlsbad, CA; daughter, Jodi Lynn (Roy) Smith and William Smith of Mount Holly, NC. Sylvia's children and extended family: Steve and Lydia Glafenhein, five children, three grandchildren; Glen and Lou Ellen Glafenhein, five children and five grandchildren; Karl and Erica Glafenhein, two children and two grandchildren; Herb and Karen Glafenhein, three children. Bill is preceded in death by mother Thelma, father Elbert Roy and brother, Don Roy. In lieu of flowers, please send any gifts to Mustard Seeds & Mountains, P.O. Box 686, Northfork, WV 24868 or mustardseeds.org. A lie in state will be held on Tuesday, November 17, 2020 from 9:00am until 12:00pm. A graveside service will follow at 2:00pm at Dandridge Memorial Gardens.
To order memorial trees or send flowers to the family in memory of William Garciel Roy, please visit our flower store.