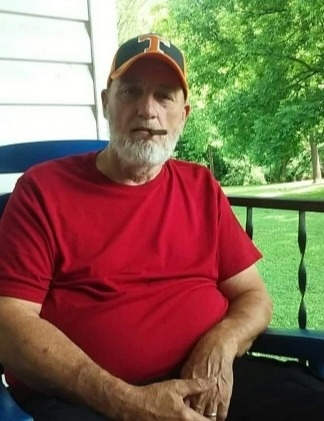 Wendell W. Golden, age 70, went to be with the Lord, Thursday, August 11, 2022. He loved the Lord and spent his time outdoors, mowing and fishing. His grandchildren were his world and he loved them dearly. Wendell is preceded in death by his parents, Herman and Eva Golden; grandson, Justin Chase Golden; brother, Billy Paul Golden; and sister, Faye Dishman. He is survived by his wife of 51years, Connie Golden; son, Wayne Allen (Brenda) Golden; daughter, April Sue Ellen Golden; grandchildren, Eva (Allen) White and Ryan Golden; nephews, Stewart Golden and Michael Golden; and sister, Mary Knight. Wendell was loved by many and will be missed dearly.

To order memorial trees or send flowers to the family in memory of Wendell Wayne Golden, please visit our flower store.
Send a Sympathy Card