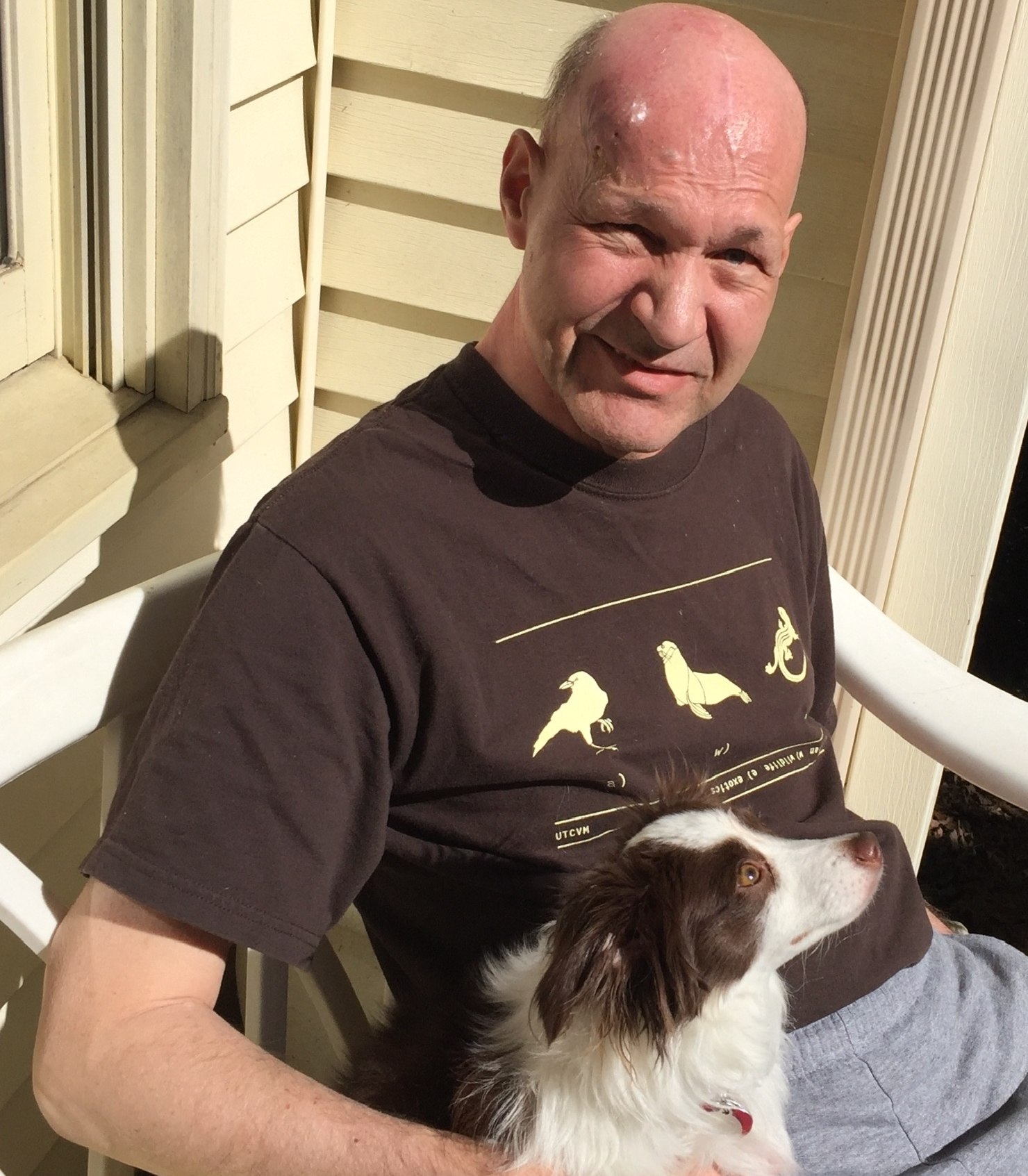 Tabor Austin Crombie passed away April 19, 2022 in Jefferson City, TN at age 61.  He is preceded in death by his mother, Charlotte Reeves Crombie, and sister, Andrea Rene Crombie.  He is survived by his father, Todd Austin Crombie (Ginger), and sister, Burnette Nicole Crombie.

Tabor was born in San Diego, CA. Growing up he played all sorts of sports and musical instruments, liked to participate in drama productions in high school, enjoyed learning different languages, excelled in math, got his pilot’s license, and planned to be a systems engineer after attending the U.S. Naval Academy.  During his junior year at Annapolis he was diagnosed with brain cancer and was told he would likely die within 5 years.  He beat those odds but had to fight the same battle repeatedly for 41 more years. He contributed to and reaped the benefits of many clinical trials in cancer research and was fortunate to be treated by gifted medical professionals from doctors to nurses to administrative staff.  He was able to work and function pretty normally and with a sense of humor until about 8yrs before his death when things began to deteriorate. His favorite job of many in his life was being a medical librarian at Fort Sanders Regional Medical Center in Knoxville, TN. His goal was to become a nurse or hospital chaplain so he could use his experiences to help others, but his health didn’t allow him to achieve that. Ironically, he died from the effects of a stroke and not from cancer.

Tabor represented the hope of survival to everyone he encountered who faced or treated “terminal illness.” In that he was a source of inspiration and renewed faith. He proved that cancer is not a death sentence and that you should not rely solely on statistics to number your days.

The family would like to thank everyone who works in any branch of healthcare, and specifically those at Bethesda Naval Hospital; the National Institutes of Health; Vanderbilt-Ingram Cancer Center; the University of TN Medical Center Knoxville; Renaissance Terrace Assisted Living (Knoxville, TN); West Hills Health & Rehab long term care and hospice (Knoxville, TN); Jefferson City Health & Rehab hospice (TN); and especially Dr. Winfield Fisher III, now practicing at UAB Hospital (Birmingham, AL). Dr. Fisher was Tabor’s first neurosurgeon and his peer and is the reason Tabor had the opportunity to live out his life (https://youtu.be/yna45c9n0t8).

There will be a Celebration of Life service at 7pm on Thursday, May 12, 2022 at Graystone Presbyterian Church (139 Woodlawn Pike, Knoxville, TN 37920 – off Chapman Hwy near the Henley Street Bridge and across from Ft. Dickerson). In lieu of flowers, the family would like you to keep your funds during these hard economic times or contribute to The Kirklin Clinic of UAB Hospital, 2000 6th Avenue South, Floor 2, Birmingham, AL 35233 in honor of Dr. Wink Fisher.

To order memorial trees or send flowers to the family in memory of Tabor Austin Crombie, please visit our flower store.
Send a Sympathy Card