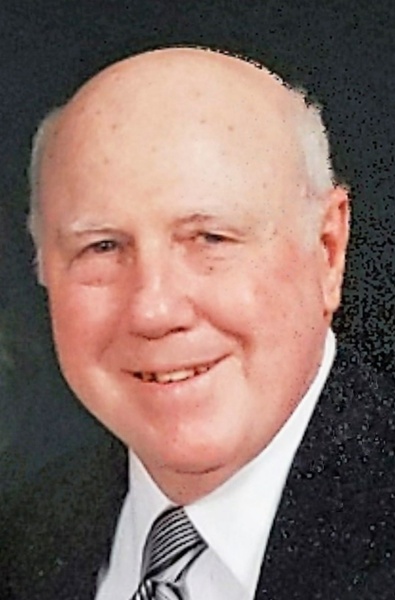 Robert Hampton Morgan (Bob), 85, of Jefferson City, passed away June 17, 2022. A devoted and supportive husband, father, brother, uncle, and friend to many, Bob grew up in White Pine, the favorite brother of his 5 older sisters.  He was vice president of the Morristown High School graduating class of 1954, and a proud member of the football team. He actively helped organize reunions for the class for decades. After 4 years in the Air Force including service in Korea, Bob graduated from UT College of Pharmacy, where he met his future wife Judy in their class of 1963 and had a 30-year career in pharmaceutical sales with Eli Lilly. He was a serious UT sports fan, a regular at Neyland Stadium for 50 years and often on the road to see the Vols play. A lifelong believer, Bob was a faithful member of West Hills Baptist Church, Knoxville and First Baptist Church, Dandridge. He served as deacon and volunteer for many years, most recently coordinating church services on site at Jefferson Park in Dandridge, where he received skilled care in his last weeks.

The family will receive friends at Farrar Funeral Home, Dandridge from 5-7pm, Thursday June 23. A graveside service with military honors will be held at Berry Highland Memorial Cemetery, Knoxville, 11 am, Friday June 24.  Memorial donations may be made to St. Jude Children’s Research Hospital, www.stjude.org .

To order memorial trees or send flowers to the family in memory of Robert "Bob" Hampton Morgan, please visit our flower store.