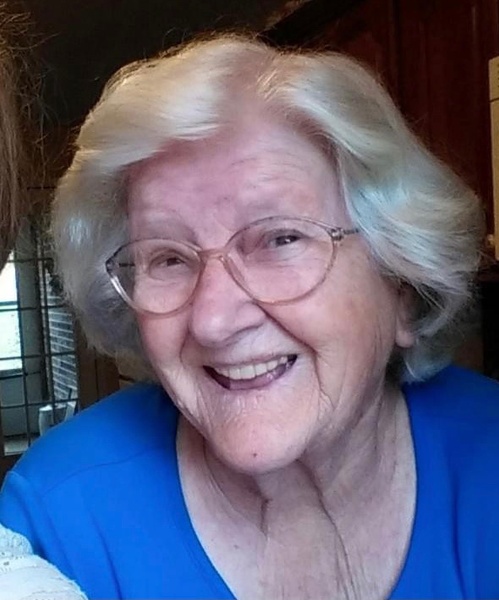 MONCIE MARIE VICKERS, age 89, of Dandridge, Tennessee went home to be with Jesus on the early morning of Thursday, July 14, 2022 surrounded by her family. She was born on April 28, 1933 in Flat Gap , Kentucky to James Henry and Alverta Salyer. Moncie Salyer was in nurses training at old Knoxville General Hospital when she met Charles Vickers. They were married under an apple blossom tree in Flat Gap, Kentucky on June 15, 1953. Moncie received her LPN license and later in 1980 she attended Walters State Community College and became a Registered Nurse. For many years, Moncie did private duty nursing. Together she and Charles raised their family and owned and operated Vickers Furniture Refinishing Shop for over 30 years in Knoxville and Dandridge, Tennessee. They loved to go to auctions, estate sales, flea markets and antique shows, and attempted to travel through all 50 states. Moncie enjoyed many USS Lyman Destroyer Escort Reunions with Charles due to his service in WWII. Moncie was a member of Alice Bell Baptist Church in Knoxville TN but more recently attended Forest Hill Baptist Church in Parrottsville TN where her son, Michael pastors. Moncie, lovingly called Granny Vickers, was well-known for her fried apple pies, black walnut and dried apple stack cakes and shuck beans. Granny was a talented seamstress who crafted unique quilts and crocheted afghans and baby blankets for her children and grandchildren. She loved gardening and growing flowers and in her later years was an avid reader.  She was the family matriarch who loved hosting family get-togethers on Thanksgiving and Christmas Eve and attending Salyer Family Reunions. Moncie always was smiling and was loved by many people for her kindness. She also enjoyed her time with friends at Silver Sneakers and their special lunch engagements.

The family would like to thank Marie Vickers for the special care and attention she provided in her grandmother's final days, along with Smoky Mountain Home Health and Hospice of Newport.

In leiu of flowers, a donation may be made in memory of Moncie Vickers to Alzheimers Tennessee or Smoky Mountain Home Health and Hospice of Newport.

To order memorial trees or send flowers to the family in memory of Moncie Marie Vickers, please visit our flower store.