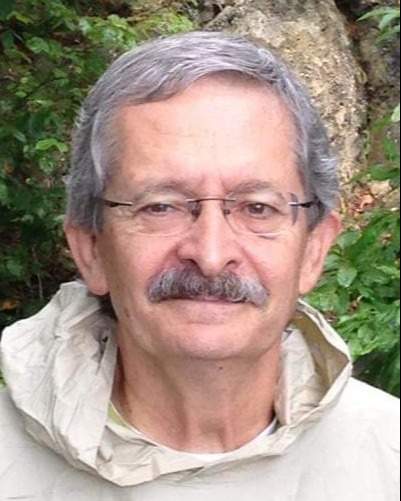 Michael’s deep faith was first nurtured by the Maple Spring Church of the Brethren, while Sharon’s was similarly nurtured in the Aurora Methodist Church. Even before marriage, Michael and Sharon recognized the importance of a common denominational affiliation. They were confirmed as Episcopalians in 1970 at St. James Episcopal Church, Knoxville, where Scott served in multiple roles including Junior Warden of the vestry, usher, lay eucharistic minister/visitor, receiving treasurer, active participant in Christian Formation activities, and regular participant in the Tennessee Episcopal Laymen’s Conference.

Transportation was a life-long passion for Michael, with his professional life being centered on the trucking industry. He served as a corporate officer for AJ Metler Hauling & Rigging for many years, before establishing his own freight brokerage operation in collaboration with Red River Transportation. Michael was a professional driver and a lover of fine cars, with active participation in both the BMW and Audi Car Clubs. He was most pleased that he was able to serve as a coach in the BMW Street Survival School, a program for teen drivers.

Michael loved learning and intellectual pursuits. Following graduation from Aurora High School, Aurora, WV, he graduated with a Bachelor of Science in marketing from West Virginia University. He earned a Master of Arts degree in history from The University of Tennessee Knoxville, with additional studies at the University of Maryland and North Carolina State University. He was his spouse’s most ardent supporter throughout her academic work, most recently in her 37-year-career as a faculty member of Carson-Newman University. Michael loved good music, ranging from rock to classical, and he took every opportunity to attend live music events and local concerts, especially student and faculty recitals at Carson-Newman University. He and Sharon enjoyed hiking in the Great Smoky Mountains, and their favorite times together were spent in traveling, domestically and internationally.

In Michael’s later years, he was diagnosed with Progressive Supranuclear Palsy, a terminal progressive, degenerative neurological disease which left his cognitive abilities intact, but limited his ability to move and speak. Because of the rare nature of PSP, Michael has donated his brain for research and PSP diagnosis confirmation to the Mayo Clinic Brain Bank in Jacksonsville, FL. Sharon is grateful for the love of the St. James Episcopal Church, the Carson-Newman University Community, especially through Sharon’s former colleagues and students, and the Aurora, WV neighbors and local community. She is particularly grateful for the enduring friendship of Ronald Kepple and the care and support provided by Mark, LaDeana, Lindsey, and Rebecca Teets. While on the family farm in summers since 2017, Michael appreciated the love, affection, and spontaneity of the Teets Boys: Benjamin, William, Jonathan, Timothy, Samuel, and James. And, of course, we are grateful for the lovely relationships we have had over the years with special cats, most recently of which is Woolsey, who served as Michael Scott’s chief nurse and comforter.

The service for Michael Scott will be held on Sunday, September 18, at 2:00 p.m., at St. James Episcopal Church Knoxville, 1101 North Broadway, Knoxville, TN, with receiving of friends following the service. The service will also be live streamed on YouTube https://www.youtube.com/c/stjamesknox. A second service will be held in October at St. Matthew’s Episcopal Church in Oakland, MD.

In lieu of flowers, please hug someone you love dearly, or contribute to St. James Episcopal Church, 1101 North Broadway, Knoxville, TN 37917, or  donate to CurePSP https://www.psp.org/

To order memorial trees or send flowers to the family in memory of Michael Scott Teets, please visit our flower store.