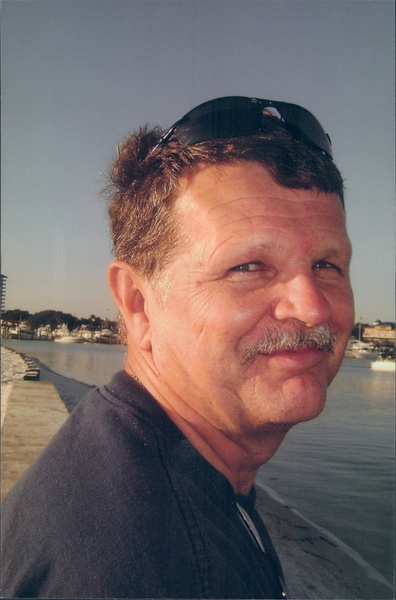 MELFORD (MEL) WESLEY LAWSON, age 70 of Dandridge, TN, went to be with the Lord on Sunday, May 22, 2022, after a courageous battle with brain cancer. He was a member of First Baptist Church in Sevierville. For many years, he was an active part of the student ministry. One of his favorite trips was their mission trip every year to Clarksdale, MS. He loved participating in Hearts on Fire with all the youth groups from different churches. He loved singing for the Lord and called the church choir his singing family. For a time, he worked with special friends at the church, a loving group of children and adults whose hearts were full of love. He graduated from Washington College Academy and went directly into the Air Force. When his time was up, he later went into the Reserves. He loved his country and made sure everyone knew it. He was preceded in death by his parents, Reverend Luther and Mary Lawson and son, Jamie Lawson. Mel is survived by his loving wife of 46 years, Charlene Sutton Lawson; son, David (Holly) Lawson; grandchildren, Justin (Hunter) Lawson, Austin (Nicki) Lawson, Aaron, Rachael and Isaac Lawson, Jessica (Tim) Cody, Dakota and Chaz Starnes; very loving little great-granddaughters, Jaycee Mae and Madison Lawson; brothers, Don Lawson, Reverend Rodney (Nedra) Lawson; sisters, Glenda Byrd (deceased husband Bob), Vera (Tommy) Moore and Teresa Lawson; many nieces and nephews; special friends who were always by his side, Ben and Sieglinda Baldwin, and John and Kristen Howard. The family is so thankful to Amedisys Hospice for their nurses and caregivers who came to his side day and night during cancer and for all the people at Thompson Cancer Center in Sevierville. Thank you to Garrett and Leslie for the never-ending compassion they gave Mel. Mel loved baseball and the Jefferson County High School baseball team was his favorite sport. Thanks to grandson Isaac’s friends who were constantly bringing their love and food during his illness. Thank you, Carma Thomas, for all the home cooked meals two and three times every week. Family and friends may pay their respects to Mel from 4:00pm until 7:00pm on Wednesday, May 25, 2022, at Farrar Funeral Home in Dandridge. A graveside service with Reverend Rodney Lawson will be held on Thursday, May 26, 2022 at 11:00am, at F.M. Johnson Cemetery in Deep Springs. A military graveside service will be given to honor Mel.

To order memorial trees or send flowers to the family in memory of Melford "Mel" Wesley Lawson, please visit our flower store.