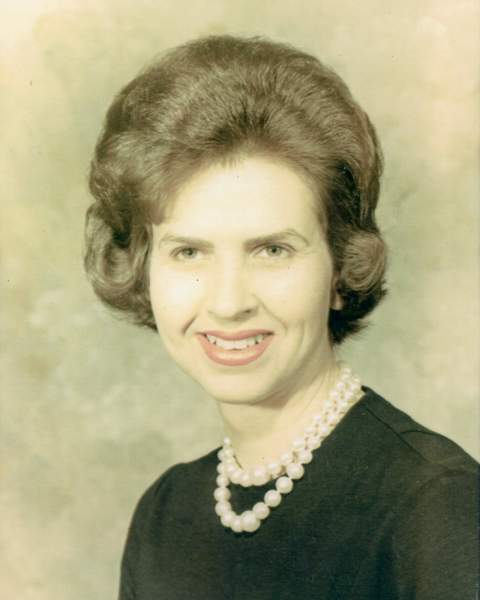 Mary Margaret Crawford Gombert, 92, was carried by the angels into the arms of her Lord Jesus at 9:50 am, September 6, 2022. She passed away peacefully at her home with family by her bedside. She was born on February 18, 1930 to Hugh and Anna Crawford on the 285 acre family farm on Chucky Pike. She was the sixth of eight children in the family. She was always so proud of her heritage and enjoyed sharing the rich connection and longevity of the Crawford family in the state of Tennessee. Her most important values were her faith, family, and the community. After graduating from Jefferson City High School in 1948, she attended National Business College in Knoxville, TN. Mary became an outstanding typist and stenographer working for Cherokee Textile Mills, Royal Typewriter Company in Knoxville, TN and McGraw-Hill Publishing Company in Highland Park, NJ. In 1957, she married Richard Eugene Gombert, J.D. and they were married for 61 years. They were blessed with three children. Mary is preceded in death by her husband, Richard, October 20, 2018; son, Richard Crawford “Buddy”, May 14, 2002; and siblings, Gladys Manley, Bill, Jack, and Tommy Crawford. She is survived by her daughters, Kathy (Paul) Ackerman of London, KY and Karen (Doug) Curnutte of Louisville, KY; granddaughters, Mary, Anna, and Grace Curnutte of Louisville, KY; brother, Charles Crawford of Mascot, TN; sisters, Agnes Sharp of Jefferson City, TN and Sarah Courtney-Hensley of New Market, TN, and a host of nieces and nephews. After 44 years of investing her life into her family, involved with Bible Study Fellowship, and Richard’s retirement as a labor relations attorney in Kentucky and Ohio, they returned to Jefferson City, TN in 2003. With such a love for her home and community, she invested much time and effort in supporting causes on the Jefferson City Beautification Committee, Branner Cemetery Restoration Project, and local historical preservation initiatives. Her legacy will continue through her beautification and restorative efforts including the design and commission of the mural found on South Highway 92 in Jefferson City. In lieu of flowers, memorials may be made to the Branner Cemetery Fund c/o Glenmore Mansion, Phil Kendrick, Box 403, Jefferson City, TN 37760. A funeral service will be held at 1:00 pm Saturday, September 10, 2022 at First Presbyterian Church of Jefferson City, with Reverend Robert Courtney and Chaplain James Goins, Sr. officiating and internment to follow at Jefferson Memorial Gardens. The family will receive friends Saturday 12:00-1:00 pm prior to the funeral service.

To order memorial trees or send flowers to the family in memory of Mary Margaret Crawford Gombert, please visit our flower store.