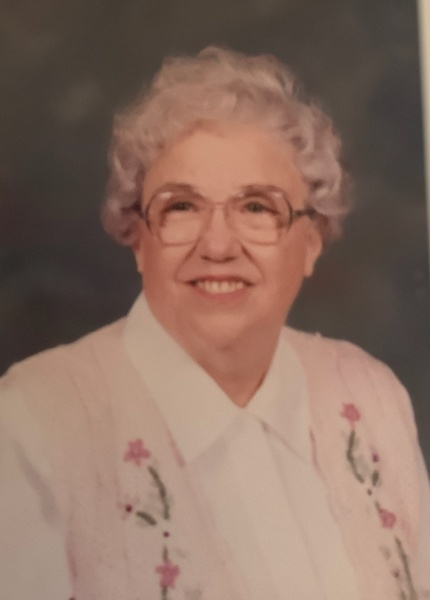 Gathering of Friends and Family

Born in Atlanta, GA, while her father was in seminary, Martha and her family moved about every four years as a MPK (Methodist Preacher's Kid) to several locations in Tennessee and Virginia.  One of these moves happened during her senior year of high school where she graduated from Mosheim High School.  She attended and graduated from Maryville College after which she taught at Bulls Gap HS for two years.  During this time, she and her good friend Eleanor's brother, John Hall, who was serving in the Navy during World War II, started a long-distance courtship through writing numerous letters to each other.  After the war, they were married on June 15,1947 and lived in Powell and Gatlinburg until they bought a farm in White Pine.  Martha worked hard as a wife and mother, helping her husband on the farm and taking care of their two children.  She was always involved in whatever activities her children were doing, serving as a Girl Scout leader during this time.  Martha loved to work in her yard and garden, growing vegetables and beautiful flowers.  She loved to sew and made almost all of her own and her daughter's clothes.

Martha was a member of First United Methodist Church of White Pine for over 70 years, serving on many committees and other duties of the church.  She shared her talent of music by playing the organ and piano for church for several years, singing in the choir, and playing the piano for Sunday School and Bible School children to sing.  She was an active member of the United Methodist Women's unit for as many years as she was able.  Widowed at the age of 43, Martha continued to help and take an active interest in her two teenagers.  Once they both "left the nest" for work or college, she went back to work as a first-grade teacher for 13 years at Talbott Elementary School.  "Mrs. Hall" loved working with young children and helping them learn to read.  She especially enjoyed playing the piano and teaching them new songs.  After retirement she spent her days working in her yard and helping to raise her three grandsons who lived next door.  She lived alone until the age of 95, when several falls and health issues led her to live at Jefferson Park at Dandridge.  The family would like to thank all of her caregivers there for the loving care and attention she received.

A Celebration of Life service will be held on Saturday, May 28, at First United Methodist Church in White Pine.  Visitation will begin at 3:00, with the service following at 4:00 with Rev. T. J. Burdine presiding.  In lieu of flowers, memorial donations may be made to First United Methodist Church, P.O. Box 146, White Pine, TN  37890, or your favorite charity.  Arrangements by Farrar Funeral Home, White Pine.

To order memorial trees or send flowers to the family in memory of Martha Dean Hall, please visit our flower store.
Send a Sympathy Card

Gathering of Friends and Family