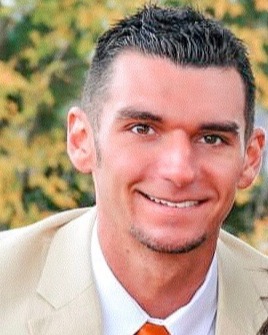 Lucas Ryan Miller went home to be with his Savior on October 30, 2022, at the age of 36. Luke was truly a gift from God. He received Christ at an early age. Those who knew Luke described him as being a quiet soul. People were drawn to him because of the kindness he exhibited. If he met someone who needed something he would give it or reach out to others to make sure that person was provided for. He was smart, quick witted, mild mannered, compassionate, non-judgmental and generous. Luke had an immense love for the game of golf. His talent in golf allowed him to walk down some of the most beautiful fairways. He played from a very early age and would often be on the course from dawn to dusk. He enjoyed success on the Junior Tour, at Jefferson County High School and at Carson Newman College. He also enjoyed some fine courses as he caddied for his childhood friend Jonathan Hodge. Luke was a loving son, brother, brother-in-law, uncle, grandson and cousin. Luke fought addiction with great effort as he wanted to be free from its burden. He sought treatment from several professionals. Afterwards enjoying sobriety for years at a time. He was very successful at his work during those times. Luke was recently injured while biking and being struck by a vehicle. Even while in the most excruciating pain he continued sobriety. However, in a tragic moment Luke overdosed. Luke’s Savior was in every detail of this tragedy. Luke was an organ donor and through his generosity and God’s perfect timing his heart and other organs were received by those waiting on hope. Luke was preceded in death by his maternal grandfather, Bill Richardson; his paternal grandparents, James K and Jean Miller; his aunt, Ann Miller and this week his Aunt Cathy Richardson. Luke leaves behind his parents, Ed and Lea Anna Miller, brother & sister-in-law, Matt and Lauren Miller, sister and brother-in-law, Ali and Spencer Gatlin; grandmother, Norma Richardson; nieces, Ellie, Isla, & Hadley; Uncle, Mike Richardson; Uncle and Aunt, Jamie and Lili Miller; cousins, Kaylan Richardson, Channing and Kristen Richardson and their sons Cade, Christian and Crew, great- aunt, Sissy Clemmons, cousins, Wayne and Laura Patterson, Emmalee Patterson and a host of friends. Receiving of friends will be at Farrar Funeral Home in Dandridge on Thursday, November 3, 2022, from 3:00 pm until 7:00 p.m. Family and friends will meet at 1:00 p.m. Friday November 4, 2022, at French Broad Baptist Church Cemetery in Dandridge for graveside services. In lieu of flowers the family ask that donations be made to: the Lucas Miller Memorial Foundation @giveahand.com/__qH09. You may also go to Ed Miller’s face book page to find the link. Never ever give up on your loved one who is struggling with addiction. And never be ashamed of what you have been through. God will use your story for His glory.

To order memorial trees or send flowers to the family in memory of Lucas "Luke" Ryan Miller, please visit our flower store.