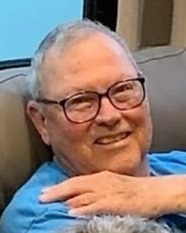 On Saturday, October 22, 2022 Larry J. Welsh ended his tour of duty here on earth and went on to be with his eternal Commander in Chief, our Lord Jesus Christ.

Larry served 3 years in the Marine Corps with one tour on Vietnam Expeditionary Force and 20 years as a construction mechanic in the Navy Seabees.  After retirement Larry gave his life to the Lord and became a pastor.

Mr. Welsh loved to travel and experienced many adventures in his life; however, one of his greatest accomplishments was marrying his wife Patricia who was his lifelong partner and friend for over 55 years.

Memorial services will be held on Friday, October 28, 2022 at 6:30 pm at The Crossing Church, 2941 Douglas Dam Rd, Kodak, TN with Pastor Kermit McPeak officiating.  Donations may be made to The Crossing Church building fund in lieu of flowers.

To order memorial trees or send flowers to the family in memory of Larry J Welsh, please visit our flower store.