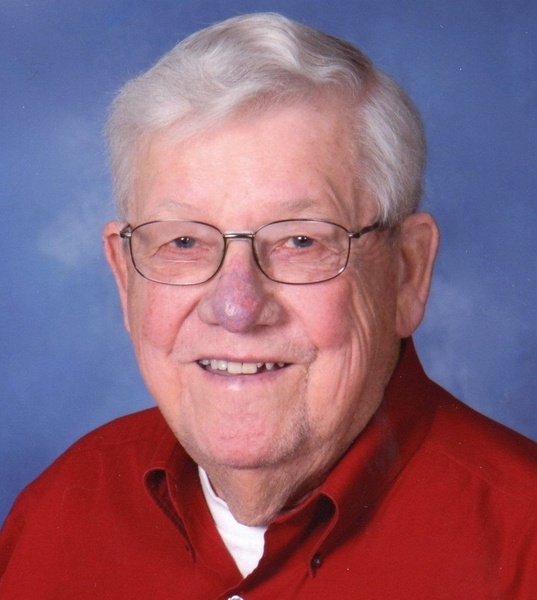 Kenneth (Ken) E. Booker, Sr., age 90, of Jefferson City, Tennessee, went home to his Lord on Wednesday, November 3, 2021. Ken was born the sixth of twelve children on April 6, 1931, in Farragut, Iowa, to Susanna and David Booker who both preceded him in death. Ken was also preceded in death by his brothers Jim, Jack, Dave, Paul, Roy, Wayne, Forrest (Frosty), Ray, and Gerald, and sister Madalene (Sis). He is survived by his wife of 65 years Karen Agnes Kerres Booker; their six children David (Beth), Thomas, Daniel, Joan (Jim) Keel, Susanne (Charles) White, and Kenneth, Jr. (Jamie Lee); grandchildren Miranda, Becca “Full of Beans” (Thomas), Emily (Garrett), James, Kerres, Mark, Lauren, and Kara; and great-grandchild Hannah. He is also survived by his brother Larry Booker, sister-in-law Susan Larson, brother-in-law Jack Stonehouse, the Palmieri family, many good friends, and more than thirty-five loving nieces and nephews. Ken was drafted into the Army and served in Germany during the Korean Conflict. He graduated from DeVry Technical Institute and retired from Philips Consumer Electronics (Magnavox) after 39 years. Ken was hardworking, kind, easygoing, and a friend to many. He was always willing to assist anyone in need. He volunteered with Jefferson County Christmas, Habitat for Humanity, the Dandridge Food Pantry, Appalachian Outreach, the Jefferson City Adult Reading Program, and numerous other charities, as well as at his church. He served on and held many different offices with the Jefferson County Senior Citizen Center Board, the inaugural Jefferson City Beer Board, the Jefferson City Planning Commission Board, the Jefferson City Industrial Development Board, the Jefferson Memorial Hospital Board, and the Board of Directors of Consumer Credit Union. He received the Jefferson County Chamber of Commerce Volunteer of the Year Award, the Hometown Hero Award through Modern Woodmen, and was nominated twice for the Covenant Health Platinum Award .Ken was a founding member of Holy Trinity Catholic Church. He enjoyed working at the Tennessee Theatre and the Bijou Theatre. Recreationally he enjoyed playing pool, golf, cards, bowling, and spending time with his family. Ken finally achieved his lifelong dream of going to medical school. He donated his body to the ETSU Quillen College of Medicine. The funeral service will be held on Saturday, November 13, 2021, at 11:00 a.m. at Holy Trinity Catholic Church, 475 N. Hwy 92, Jefferson City, TN 37760. Receiving of friends will be from 10:00 a.m. to 11:00 a.m. prior to the service and will be held in the narthex of the church. In lieu of flowers, memorials may be made to Holy Trinity Catholic Church, 475 SR-92N, Jefferson City, TN 37760, or a charity of your choice. Due to Covid the family requests that all CDC guidelines be followed, including the wearing of masks.

To order memorial trees or send flowers to the family in memory of Kenneth (Ken) E. Booker, please visit our flower store.