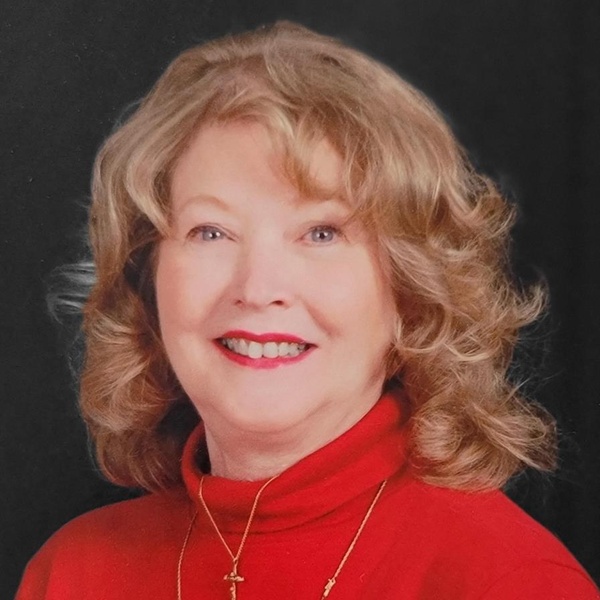 Carol Moore Waddell, age 75, of White Pine, Tennessee, went to be with Our Lord January 24, 2021. She was born at home to Ola and John Moore in Jefferson County, Tennessee, on a cold, snowy winter’s day in December of 1945. Carol graduated from White Pine High School, then attended Carson Newman College for two years before transferring and graduating from East Tennessee State University with her BA in History and Education. Carol married the love of her life, Al, in 1968, after a quick courtship of only seven months. She lived in White Pine for 68 of her 75 years, two of those were in Huntsville, Alabama, during Al’s army enlistment. Carol is survived by her devoted husband Elbert “Al” Waddell and their three loving children: Blake (Reagen), Alyssa (Rick), and Clint (Rachel). She is also survived by five exceptional grandchildren: Wyatt, Corbin, Molly, Knox, and Nash. Carol also leaves behind her big sister Nancy Kinsler (Jerry) and baby brother John “Dinty” Moore, as well as many beloved nieces, nephews, and cousins. She is preceded in death by her parents Ola and John Moore and her eldest sister Esther Ann Harville. Carol taught school for over a decade in Jefferson and Hamblen Counties before retiring to raise her unruly children and to keep her husband in line. She was an outstanding homemaker: cooking three delicious meals a day every day, washing over 35 loads of laundry a week (as calculated by her “Laundry Chart” to prove a point to her doubting husband), decorating their home so it was beautiful as well as comfortable, being a fulltime child-taxi, and serving as an on-call healer of all bumps, bruises, scratches, upset stomachs, and hurt feelings. She was never once seen eating bon bons, lying on the couch, and watching soap operas. Carol kept extremely busy being a soccer/football/cheerleading/dance/baseball/wrestling mom, Girl and Boy Scout troop leader, Sunday school teacher, youth group leader, business partner with her husband at Waddell Insulation and Window Company, and numerous other volunteer functions. She was a devout Christian and member of First United Methodist Church of White Pine for 70 years, serving on many committees and volunteer projects. Carol always enjoyed traveling (by car only), camping, picnicking in her beloved mountains, being captivated by a beautiful sunset, learning, and acquiring as many pets as seemed rational. Throughout her entire life, she had the biggest soft spot for all cats and dogs and was known to pick up stray animals around town and off the road. She simply couldn’t stand to see a precious animal suffer. Carol had several talents. She was very skilled at sewing (making many Raggedy Ann’s and Andy’s as well as small, stuffed Christmas trees) and extremely skilled at crocheting (an artform she learned from her mother), and she would make countless afghans throughout the years for loved ones and to sell at fundraisers for her church. She would also make her famous Coca Cola cake for various occasions. Carol was an avid and fast reader as well, sometimes finishing three or four novels in a week. She most enjoyed sharing her love for the written word with her children by reading them various books (such as: The Secret Garden, Little House on the Prairie, Charlotte’s Web, The Adventures of Tom Sawyer, and many more) before bedtime. She was passing down that love for reading to her grandchildren as well. Only those closest to Carol knew her first name: Johnnie, named after her father. She was the third daughter born to John and Ola, so if “Big John” was to have a namesake, it would be her. (Unbeknownst to anyone at the time though, that boy would soon follow two years later.) Carol loved being named after her daddy and all the benefits (being assigned to the boys’ dorm at ETSU, which she obviously never lived in) and disadvantages (receiving draft notices) that it entailed. Carol was known for her beauty, her great sense of humor, and for having one of the kindest, sweetest, and gentlest hearts anyone has ever known. She was slow to anger, but quick to love. She never said, “I love you,” without crying. She was sensitive, but strong. Her biggest loves in her life were her husband, her children and grandchildren, her family and friends, her pets, all trees, and her Southern heritage. She seldom raised her voice, and never said a cuss word (unless repeating what someone else had said, and even then, she would spell or whisper it so that doesn’t count). Carol explained, “My mother would always say it’s a sign of someone with a poor vocabulary if all they can say are cuss words.” Carol was a true Southern Lady, graceful, well-spoken, and generous. The only time you would ever see her cross is if you messed with her husband, children, grandchildren, or pets. Look out! She was one of only a few people on the planet who could put someone in his or her place...without uttering a cuss word. Carol explained, “Daddy would always say, ‘It’s not what you say, but how you say it.’” Carol will be greatly missed by all those who knew her. But her loved ones who have gone before are now greeting her with open arms, exclaiming, “Welcome home!” The family will receive friends 1:00 PM – 5:00 PM, Thursday, January 28, 2021, at First United Methodist Church, 1803 Main Street, White Pine, TN 37890, a Graveside Entombment Service will be held on Friday, January 29, 2021 in Resthaven Memorial Gardens at 10:00am. A celebration of life will be scheduled for later this summer. In lieu of flowers, donations may be made to charities dear to her heart: The Spay Neuter Project of Dandridge, Tennessee (tsn.project.org, 865-340-9035), any no-kill animal shelter of your choosing, or the van fund for First United Methodist Church of White Pine, Tennessee (865-674-2869)
To order memorial trees or send flowers to the family in memory of Johnnie Carol Waddell, please visit our flower store.