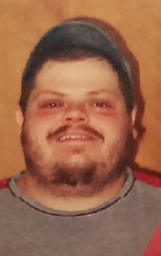 Johnathan Wayne Kinder - “Catfish” as his friends affectionately knew him - died unexpectedly in his sleep at his home in Morristown, TN on March 1st, 2022, at the age of 45. John was born on August 26, 1976 in Jefferson City, TN, and received his name sake from our father’s favorite actor “The Duke.”  He graduated from Morristown-Hamblen West in 1995 and subsequently attended Tennessee College of Applied Technology and earned his certification in Collision Repair Technology. Having worked at various auto body shops within the Lakeway Area, John ultimately found his career home at Gold Team Collision Center of Jefferson City where had been employed for the last 11 years.  Catfish enjoyed watching his favorite sports teams–Atlanta Braves, San Francisco 49ers, and the Vols.  He will lovingly be remembered for his laugh, wit, honesty, dependability and friendship.  While he didn’t marry or father children, he was surrounded by love and deeply adored by all who knew him.  He is survived by his siblings: sister, Carrie Singleton of Knoxville, TN and brother, Eddie Kinder (Christy) of Mount Carmel, TN; niece Janessa Ladson; and nephew Kayson Kinder.  John was  preceded in death by  parents Jerry Kinder of Morristown, TN, and Vicky Daneils of St. Augustine, FL. A memorial celebration of his life will be conducted on Sunday, April 10th, , 1:30-4:30, at Fred Miller Park in Morristown, TN.  We plan to eat, laugh and share wonderful memories of our beloved Catfish.  All are welcome to attend and fellowship with us.  Please bring your stories to share! The family would like to thank Gold Team Collision and the Charles Greene family for your immediate support.

To order memorial trees or send flowers to the family in memory of Johnathan Wayne Kinder, please visit our flower store.