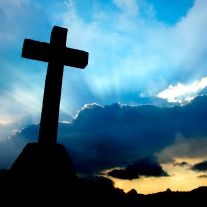 Jerry Calfee, age 78 of White Pine, passed away on March 27, 2020 at Fort Sanders Regional Medical Center. He was an active member of Leadvale Missionary Baptist Church. He is preceded in death by his parents; Bartley and Daisy Calfee, brother and sister-in-law Theron and Della Jo Calfee, son-in-law Harold Kivett. Jerry served in the Army National Guard, and was a member of the American Legion, he worked with Builders for Christ, retired from American Enka after 42 years of service, was a 27 year member of the White Pine Volunteer Fire Department, the White Pine Bib Boys and a long time alderman in the Town of White Pine. Jerry was a loving husband, father, brother, grandfather. He was a friend to many because he never met a stranger and would always help anyone who needed it. He loved the outdoors and spending time with his friends and family. He is survived by his wife of 56 years, June Calfee, sons, Stacy (Beverly) Calfee and Tracy Calfee, daughter, Melissa Kivett, grandchildren, Elizabeth (Daniel) Smith, Brandi Rich, Desiree (Jensen) Ford, great-grandchildren, Brayedon and Mattie Babb, Bradley Smith, Maddox Rich and Hudson Ford, brother George (Judy) Calfee, brother-in-law Palmer Blanken also, several nieces, nephews, cousins and many friends. The family has requested that In Lieu of Flowers Memorial Donations be made to Leadvale Baptist Church Building Fund in Jerry’s honor. Friends may call at their convenience starting Monday between the hours of 1:00pm to 4:00pm their will be a private Military Graveside Interment. It is the families wish to let everyone know there will be a Celebration of Life at a later date at Leadvale Baptist Church.
To order memorial trees or send flowers to the family in memory of Jerry R Calfee, please visit our flower store.