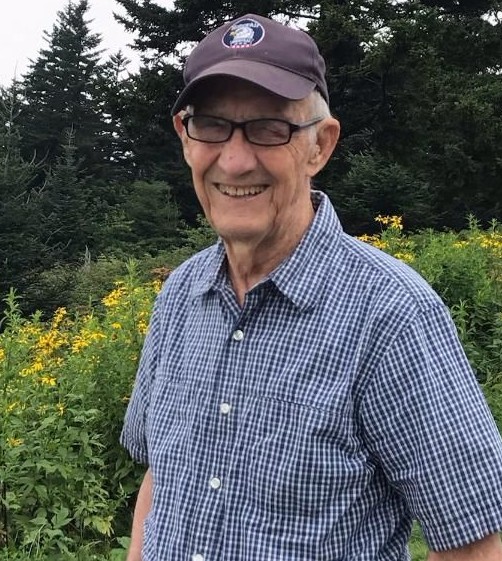 James Charlie (J.C.) Lane, age 101, passed away at his home on Saturday, November 20, 2021. He was born April 30, 1920 in Sevierville, TN. J.C. served in the Civilian Conservation Corps during 1940 and 1941 serving in Unicoi Co and Sugarlands. J.C. is a US Navy Veteran serving during World War II, he spent his time aboard the USS Ablemarle, where he was promoted to electrician first class, he then volunteered for a new ship that was commissioned, he became a plank owner on the USS Wasp, by being an original crew member. J.C. was Honorably Discharged as Chief Petty Officer after 6 years of service. After returning from his duty in the Navy he moved to White Pine in 1951 to work at American Enka from where he retired after 36 years. He is preceded in death by the love of his life of 72 years, Ruth Loveday Lane; sister, Gladys Holiway; brothers, John, Tidus, and Ray Lane. He is survived by his daughters, Rita Potter (Tony), Betty Jo Moore (Roger); grandchildren, Wayne Potter, Letitia (Dusty) Cox and Nicholas Moore; great-grandchildren, Jake (Brynnan) Cox, Joseph Cox, Dawson Moore and Jayce Cox. He leaves behind very dedicated Special Angels on Earth, Barbara, Carol, Frankie and Zabrina.

Military graveside service will be on Friday, November 26, 2021, at 2:00 p.m. Walnut Grove Cemetery, Sevierville, TN with Rev. Charlie Harkleroad officiating. J.C. will Lie In State on Wednesday, November 24, 2021 between the hours of 1:00 p.m.-6:00 p.m. with the family present between the hours of 4-6:00 p.m. at Farrar Funeral Home, White Pine. In lieu of flowers, please consider a donation to St. Jude’s Research Hospital or The Daily Bread in Morristown.
Farrar Funeral Home strongly encourages all CDC guidelines be followed, including the use of face masks.

To order memorial trees or send flowers to the family in memory of J.C. Lane, please visit our flower store.
Send a Sympathy Card