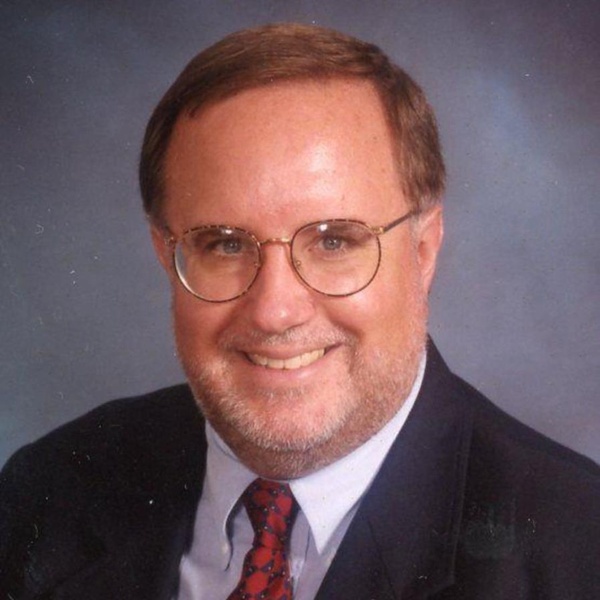 James Michael Kerr, age 65 of Jefferson City, TN, died December 22, 2020, after a brief illness. He is preceded in death by his father, James F. Kerr, along with his beloved aunt, Mary Hodge. Mike is survived by his adoring wife of 30 years, Cindy; his loving mother, Anna Lynn Kerr; step-daughter and husband, Kati and Simon Curtis; step-son and wife, Christopher and Dayna Greene; aunt, Lola French; step-grandchildren and several extended family members. Mike was born in Jefferson City on January 11, 1955. He attended New Market School and graduated from Jefferson County High School in 1973. He went on to graduate from the University of Tennessee and the University of Tennessee Law School. He remained a lifelong supporter of UT and UT sports. After graduation, he practiced law in Tennessee before moving to Asheville, North Carolina. In Asheville he worked in finance as a trust officer for First Citizens Bank. Mike was an active member of the Asheville Toastmasters Club. Toastmasters was a special joy to Mike as he shared his gift for public speaking and his sharp, witty humor. It was through Toastmasters that he met his beloved wife, Cindy. They were married on December 15, 1990. After practicing law in North Carolina, Mike and Cindy moved back home to Tennessee. Mike practiced law with Bob Ogle for several years before opening his own law firm. Mike specialized in family law and was a member of the Jefferson County Bar Association. He also was a Rule 31 Mediator. Mike served as the city attorney for Jefferson City from July 6, 1999, until his death. Mike had a special love for his many cats over the years. Cindy had to use gentle persuasion to convince Mike to buy their first two Main Coon cats, but afterwards their home became a haven for many cats in need of rescue. An avid sports fan, Mike enjoyed playing racquetball and watching football and basketball. He also particularly loved Southern Gospel music, especially the Gaithers. Mike will always be remembered as a great man of integrity and faith. His legacy will be his love for his family and his service to others. Memorial service will be held at 7:00 p.m. on Saturday, July 24, 2021 at First Baptist Church of Jefferson City with Mitch Cain officiating. The family will receive friends from 6:00 until 7:00 p.m. prior to the memorial service. In lieu of flowers, please consider a donation to Companion Animal Rescue and Education Center (CARE) of Jefferson County in memory of Mike.
To order memorial trees or send flowers to the family in memory of James Michael Kerr, please visit our flower store.
Send a Sympathy Card