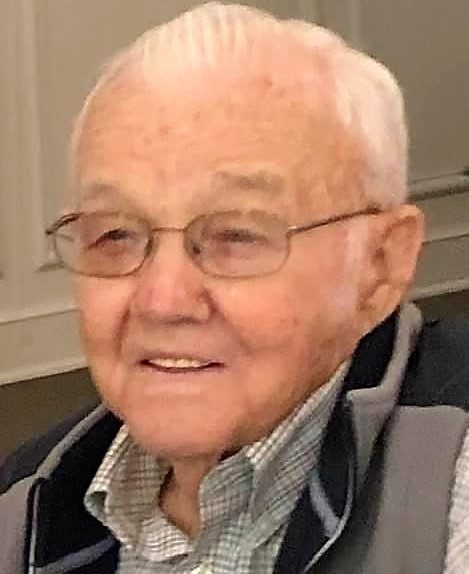 Garland P. McCoig, Age 92, of Dandridge, Tennessee, passed away with his family by his side on Monday, July 11, 2022.  He fought a hard battle with his health after being preceded in death by the love of his life and life-long companion for 72 years, Lois Franklin McCoig.  They enjoyed a long inseparable life together with their family.

Garland was of the Baptist faith and was a member of Swann’s Chapel Baptist Church for many years.  He served as a deacon, Sunday School leader, and bus driver throughout the years.

Garland was dedicated to serving his community his entire life.  He was a little league baseball coach for numerous years. He was an active volunteer driver and supporter of the 1966 Maury High School Girls’ Championship Basketball team. He helped organize and was a charter member of the Jefferson County Rescue Squad beginning in 1963 as well as build the current squad building.  He served as captain for many years in the Jefferson County Rescue Squad. He was an active member of the Dandridge Volunteer Fire Department since 1952 and was chief for over 50 years.   He was a Jefferson County constable, Jefferson County Sheriff’s Deputy, and Dandridge City Police Officer. He was a member of the Fraternal Order of Police Local Lodge 61. He retired from U.S. Steele where he served as maintenance supervisor for over 30 years. He was forced to retire when he was injured after saving two women from drowning in flood waters on Dumplin Loop Road.  He was recognized as the 2013 hometown hero for Jefferson County. He was 1996 Jefferson Countian of the Year.

He will be greatly missed by all.

The family requests that masks are recommended and adhere to social distancing during the visitation and funeral at the church.

To order memorial trees or send flowers to the family in memory of Garland Ponder McCoig, please visit our flower store.