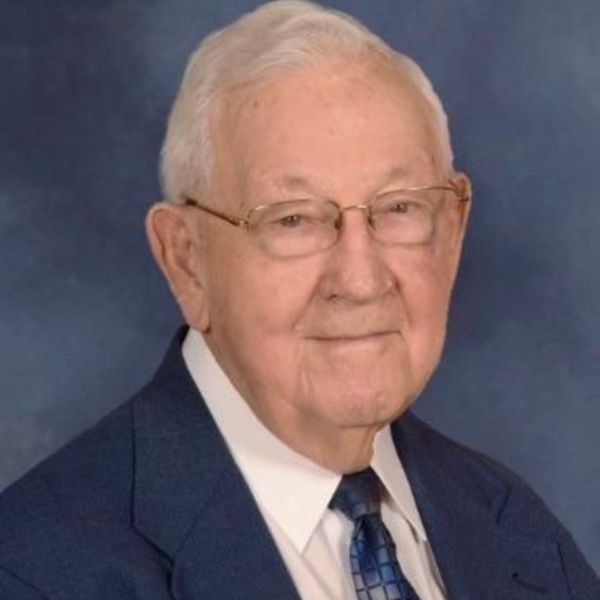 Edward Delwin Robeson passed from this life into the next on June 5, 2021, at the age of 94. Mr. Robeson was proceeded in death by his parents, Robert Houston and Nettie Pearl Murph Robeson; his twin brother, Robert Darwin, his sister, Bernice Lou, and his brothers, Lewis Murph Robeson and Thomas Gerald Robeson. He is survived by his wife of 70 years, Drama Silver Robeson, a daughter, Dawn Robeson Utley and her husband Jeffery of Ooltewah, TN, and a son, David Allen Robeson and his wife Anita of Huntsville, AL. He leaves grandchildren, Paige Lynette Utley Maskarinec and her husband, Brian, and Lee Houston Robeson and his wife Jenny, and a great-granddaughter, Violet Maskarinec. He is also survived by several nieces and nephews. Mr. Robeson served in many capacities in his First United Methodist Church in Jefferson City, TN and in his latest Trinity United Methodist Church in Knoxville, TN. He was an active member of Trinity since 1963, serving as Trustee, Finance Committee member, Chairman of the Administrative Board, and Treasurer. He also served in the U.S. Army during the Korean War, 1952-1954, spending 18 months in Japan, performing data processing for the Far East Command. He used his computer knowledge to establish a successful 33 year career as a computer programmer, analyst and manager at the K25 facility in Oak Ridge, TN. He was a loving husband and father and his greatest joy was in helping others. He was patient and kind, and he loved a good joke. A graveside service to celebrate the life of Mr. Robeson will be held at Jefferson Memorial Gardens in Jefferson City, TN on Wednesday, June 9 at 2:30 pm. Dr. Darris Doyal and Dr. David Tabor will be officiating. In lieu of flowers, memorial gifts can be made to Trinity United Methodist Church, 5613 Western Ave, Knoxville, TN 37921 Arrangements by Farrar Funeral Home in Jefferson City, TN www.farrarfuneralhome.com
To order memorial trees or send flowers to the family in memory of Edward Delwin Robeson, please visit our flower store.