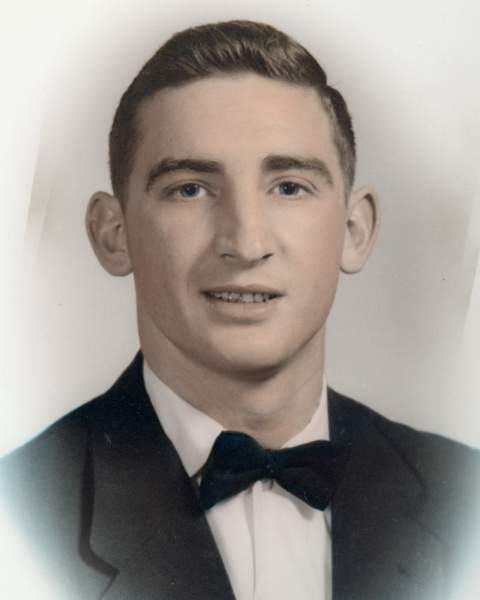 Earl F. Farrow, age 89, of Jefferson City, TN passed away Monday morning, September 5, 2022 surrounded by his wife Jeannie and daughter Terri, into the arms of our God with all his family and friends waiting to greet him. He was a long time member of New Market Baptist Church. Earl was born July 27, 1933 to Frank and Minnie B. Farrow, the youngest of five children. Earl played sports in the Jefferson City-County School System. He was one of the greatest football players in the school. He also played one year at Carson Newman College. Earl retired with 36 years of service in supervision at American Enka/BASF. Earl took an early retirement from Enka to help take care of the children in the Day School he owned with his wife, Jeannie. Earl loved his flower gardens, gardening, antiques, refinishing antiques and building doll houses. Earl loved people and never met a stranger. He never had an unkind word to say to anyone and no one had an unkind word about Earl. The smallest deed you did for Earl, he always said “thank you.” Over the years he had many wonderful caregivers. Two of his favorites were Nikki Yeary and Joy Price. Preceded in death by sisters and brother, Thelma, Dorothy and Charles. In addition to his wife and daughter, he leaves behind his sister, Margaret Emert; very special sister-in-law, Pat Hatmaker; special sisters-in-law, Jesslyn Bates, Reba White; sister-in-law, Meredith Nelson; two special nephews, Kevin Hatmaker, Jeff Farrow (Amy); nephews, Rodney Noe, Steve Farrow, Michael Jones; special nieces, Shea Fitzpatrick (Travis), Pat Smith (Bob); brother-in-law, Vernon Killion; two special great-nieces, Natalie and Hannah Boyd; and special great-nephew, Brody Fitzpatrick; and a host of other nieces, nephews, cousins and caregivers. Family will receive friends on Thursday, September 8, 2022 from 3:00 p.m. until 6:00 p.m. at Farrar Funeral Home. Family and friends will gather at 10:45 a.m. on Friday, September 9, 2022 at Jefferson Memorial Gardens for an 11:00 a.m. graveside service with Dr. J. W. Taylor officiating.

To order memorial trees or send flowers to the family in memory of Earl Franklin Farrow, please visit our flower store.