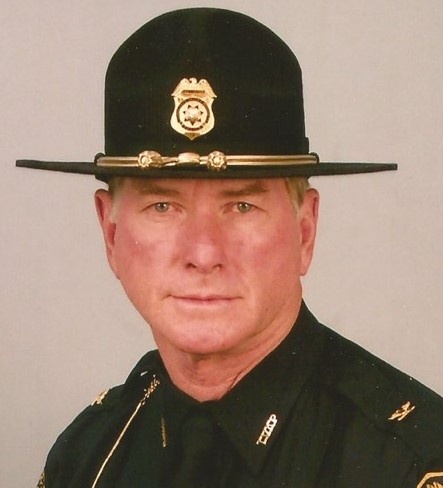 Charles A. Smith, age 83 of Kodak, TN, passed away Thursday, June 9, 2022 after a fifteen year battle with cancer. Mr. Smith retired as Commander of TVA Police after 35 years of service with the Tennessee Valley Authority. A natural servant leader, his skills were first apparent during his years at Maury High School as he was named Most Athletic in the Class of 1956. He was particularly well known in the Sevier County law enforcement community as a competitive combat pistol shooter, winning many of the local, state, and TVA wide pistol shooting competitions. But teaching other officers and deputies to become better shooters was always his greatest pleasure, as he was always willing to take time to instruct them on how to sharpen their skills. When TVA Police was created as a Federal law enforcement agency, he was selected as the first officer to be sworn into the agency by a Federal Judge in a private ceremony. Throughout his career with TVA, he was given many responsibilities and duties, including Public Safety Officer, Lieutenant supervising Units at Douglas and Cherokee Dams, Firearms Instructor, Tactical Team member, Captain of the Protective Services Unit, and Commander of the Eastern District. Upon retiring, he shifted his focus to a new ministry as The Smoky Mountain Bagpiper. Being mostly self-taught, he made himself available to honor both active and retired members of law enforcement, fire service, emergency medical service, and the military by playing for their families at funeral services. As much as he enjoyed his professional career, it was his lifetime service to God that he enjoyed most. He served at First Baptist Church, Pigeon Forge as Chairman of Deacons, Sunday School teacher and Superintendent, and as a member of various church committees. He later returned to his family’s home church at French Broad Baptist Church in Dandridge, TN, where he continued to serve a variety of leadership roles. He especially enjoyed mentoring young Christian men and encouraged them to take advantage of opportunities to serve God in any way they could, continuing to display his skills as a servant leader. His family was his greatest pleasure, setting an example of Christian service to others to his family. Always active, he could often be found mowing, gardening, fishing and hunting with many friends, motorcycling with his Faith Rider brothers, or just “tinkering” with a random project for himself or someone that he wanted to help. Referred to by his grandchildren as “THE Papaw”, he showed each of them that they were special to him in their own way, just as he also did with his beloved nieces and nephews. He was preceded in death by his parents, Ernest and Veda (Anderson) Smith; sister and brother-in-law, Nancy and Ed Lawson; and father-in-law and mother-in-law Ray and Perna Noland. He is survived by his wife of 62 years, Ersa Rhea Noland Smith; children Robin and Darlene Smith, Chris and Lisa Smith, Monya Smith Roberts and Joey Vallot, and Chad and Cherrylyn Smith; grandchildren Tiffany and Jonathan Barnett, Jason and Carly Smith, Cody and Deanna Smith; Trevor and Katie Smith, Sarah Beth and Tyler Miller, Sean and Kayla Smith, Jordan Roberts, and Kimika Rei Smith; great[1]grandchildren Blake, Bryce, and Bradley Barnett, Everett and Josie Smith, awaiting Charlotte Smith, Emelyn and Payton Miller, and Lily Mae Smith; brother and sister-in-law Tony and Pat Smith; brother-in- law Craig Noland; several beloved nieces, nephews, and cousins; his church family; his brothers and sisters in law enforcement; and many friends and neighbors, especially Dwight and Elaine Stokes, Reece Daniels, Bobby and Gina Bartee, and Ron and Darlene. The family will receive friends 11 AM – 1 PM Wednesday, June 15 at Farrar Funeral Home in Jefferson City. Funeral service will follow at 2 PM at French Broad Baptist Church in Dandridge with Rev. Hartsell McCurry officiating and eulogy by the Honorable Dwight Stokes. Interment will follow immediately in French Broad Baptist Church Cemetery. In lieu of flowers, memorial donations can be made to French Broad Baptist Church Building Fund, P.O. Box 1577, Dandridge, TN 37725.

To order memorial trees or send flowers to the family in memory of Charles Smith, please visit our flower store.