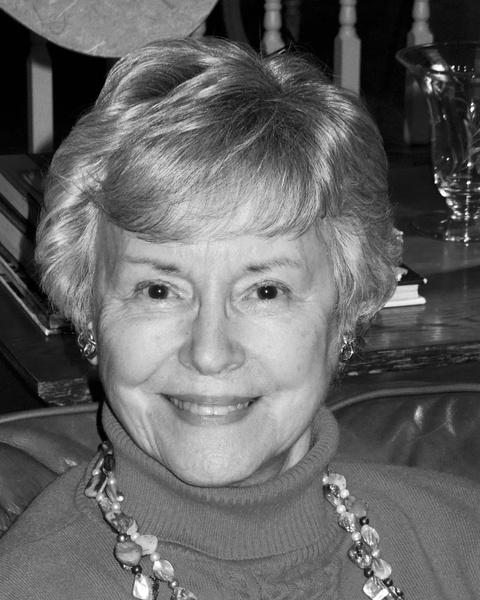 Alice was born and raised in Jefferson City, Tennessee where she graduated from Carson Newman College with a degree in Music. After graduation, she moved to Atlanta to teach music and soon met the love of her life, F. Dennis Pryor, Jr.  After 17 years in Atlanta, Denny’s work moved the family to Los Angeles where their home overlooked the Pacific Ocean and Catalina Island. They basked in their sunny California life and in the company of wonderful friends for 7 years until Denny’s work again transferred them to Chicago where they lived for 20 years and became loving and beloved grandparents. After Denny’s retirement they moved to Jefferson City where they settled into a quiet life with a panoramic view of the pastoral country side and the beautiful Smoky Mountains.

Alice was first and foremost a child of the living God and worshipped her Lord Jesus in Presbyterian churches from coast to coast. She personified joy everywhere she went, every day of her life. She loved to laugh and visit and bake and eat and sing and play the piano, and was a prolific letter-writer and later e-mailer. She loved keeping up with her friends and family, far and near.  She had a heart for giving and served in many non-profit organizations, as president of several school PTAs, and as deacon and elder in her churches.

But the light of Alice’s life was her family. She was the sun around which they adoringly orbited and she delighted in every child, grandchild, in-law and great-grandchild. She made each one feel special, cherished and loved and she and Denny were constantly on the road to attend a game, play, concert, meet, recital, court-of-honor, tournament, or graduation for one of their 14 grandchildren. They missed very few. She loved planning celebrations and gatherings for the family and sitting around the table after meals lasted for hours. Laughter raised the roof. Alice’s free time was spent needlepointing and her beautiful work, including 24 Christmas stockings, adorns the homes of her children.

Alice’s love of family extended to her ancestors and she was a passionate and skilled genealogist. She belonged to dozens of genealogical associations for which she qualified including Daughters of the American Revolution (held many offices including Regent), National Society Magna Charta Dames, The Order of the Crown of Charlemagne in the United States of America, Descendants of Founders of New Jersey, Colonial Dames of America, Colonial Dames of XVII Century, National Society Women Descendants of Ancient and Honorable Artillery Company, The Order of the First Families of Rhode Island and Providence Plantations 1636-1647, Order of Descendants of Colonial Physicians and Chirurgeons, National Society of New England Women, Order of Americans of Armorial Ancestry, The Guild of St. Margaret's of Scotland, The Family of Bruce Society in America, Sons and Daughters of Colonial and Antebellum Bench and Bar (1565-1861), National Society Daughters of the Barons of Runnemede, Order of the Merovingian Dynasty 448-751, The Baronial Order of Magna Charta, The Military Order of the Crusades, First Families of Tennessee and First Families of the State of Franklin.

A visitation is planned for Saturday, October 1st from 3:00pm to 5:00pm at Farrar Funeral Home, 411 Broadway Boulevard, Jefferson City, TN.  A private family burial will be held at a later time.

To order memorial trees or send flowers to the family in memory of Alice Sutherland Pryor, please visit our flower store.